From Maldives to Scotland – we are thrilled to announce the successful transfer of April, the 6th turtle to be flown as …

December 5, 2021
From Maldives to Scotland – we are thrilled to announce the successful transfer of April, the 6th turtle to be flown as part of our Flying Turtles Program.

April, an Olive Ridley Turtle, was rescued in Raa Atoll on 9 April 2021. She was found entangled in ghost netting with a plastic bag around her neck, which resulted in her losing a front flipper and injuring a left flipper. Despite the loving care that April received at our Turtle Rehabilitation Centre by the @marinesavers team, which has seen her flipper heal and her energy return, her ongoing buoyancy issues make a return to the wild impossible. In her new home at Sea Life Loch Lomond, she will continue to receive the best care and lead a healthy life. She will also play an important role as an ambassador to educate the public of the threats faced by sea turtles in the wild due to ocean pollution.

Watch April embark on a life-changing journey of over 5,000 miles. 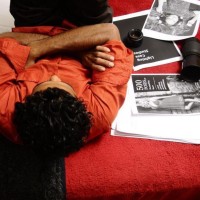